The carnival in Dossena is traditionally called the “Mascherada‘ n cuntrada “.

“Sing and dance with the” district “masks: it is the invitation to one of the most awaited events of the year and of the period of the carnival on the Via Mercatorum.
It is a representation in Bergamo dialect that the folk group led by Piero Zani stages for three days in the districts of the country.
As per tradition, the “om del bosch”, the man of the forest, enters the scene first: he is the one who descends from the mountain into the village to make his balance on the life of the community. He anticipates the themes that the masquerade will deal with all present people: his warning this year is peremptory: “Tegnì de cunt la osta tera” (Preserve your land!) 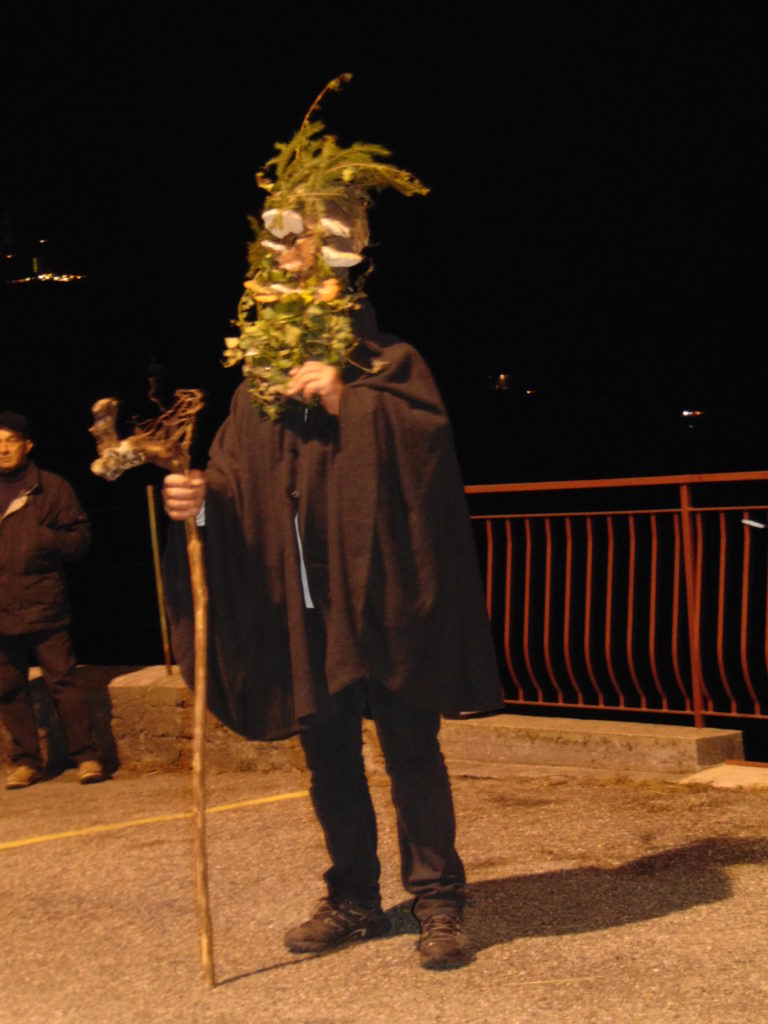 The man of the forest leaves space to Arlecchino, who invites us to remember how many people used to live in the village years ago. 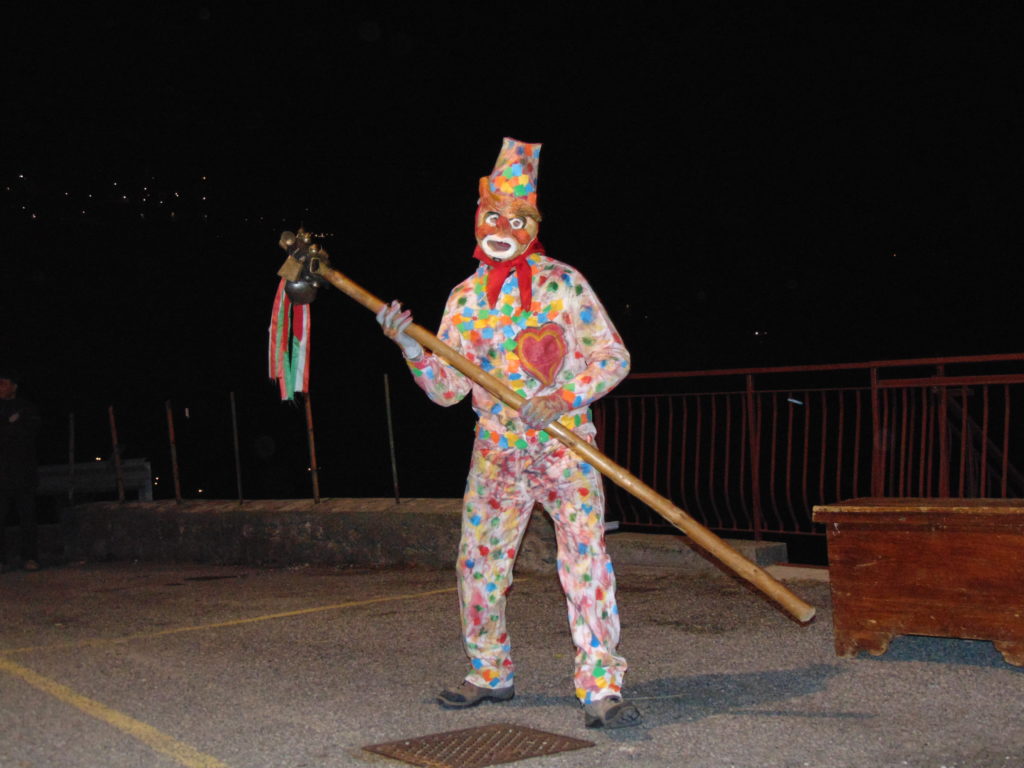 Musicians enter the scene: a miner is ahead of the and, with his chant, represents what has been the hard work of many people here in Dossena, known for its mines since ancient times.
This year they called it “Ol virus del dé d ‘n co” (today’s virus): it is the parody of the use of modern technology. By now everyone is using tablets, cell phones and PCs and talking is no longer needed, not even greeting! 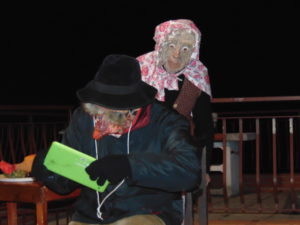 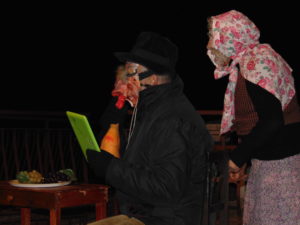 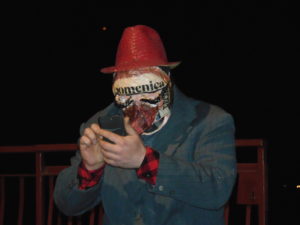 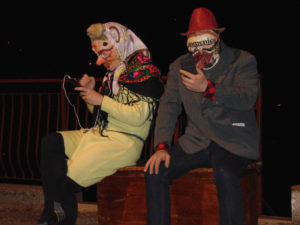 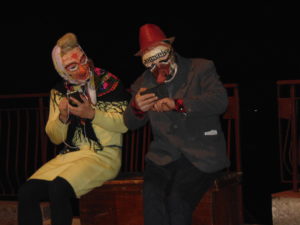 A hurry of jokes and funny situations culminate when, facing the imminent risk of death of the father of a family, while the children take selfies with the dying man, it is the mother who alerts the doctor with the old wheel wired telephone! Even the doctor uses the methods of “traditional medicine”, but he warns the public: this could be the last patient treated like this! Soon there will be the online doctor who, without visiting his patients, will treat all the new diseases of the century, from “tablettitis” to “smartphonite” to “Internetache” and so on … 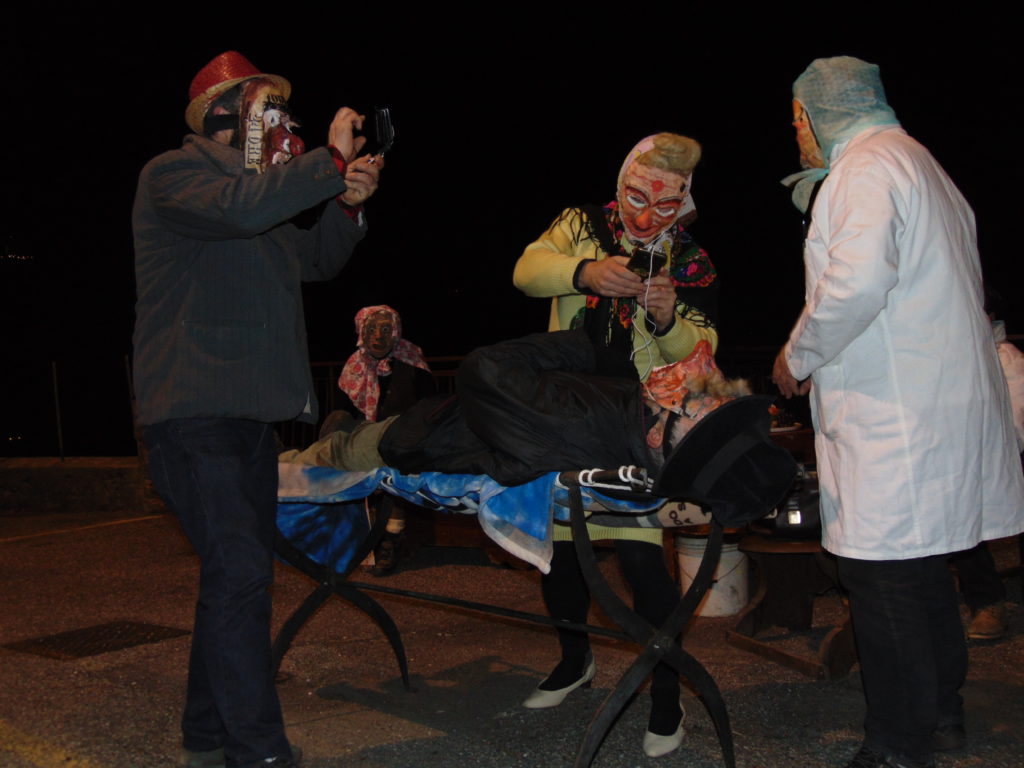 To close the event, you can dance and party in the district: you warm up with a good mulled wine prepared by the inhabitants, while enjoying some inevitable pancakes! 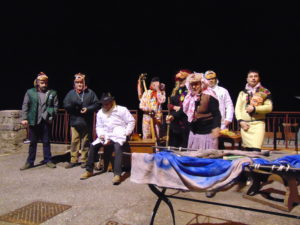 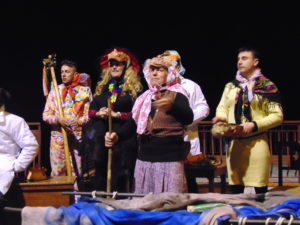 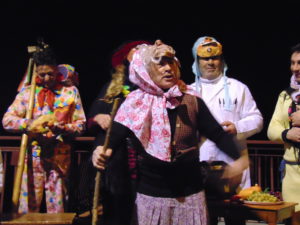 Applause to the great actors!
See you next year! 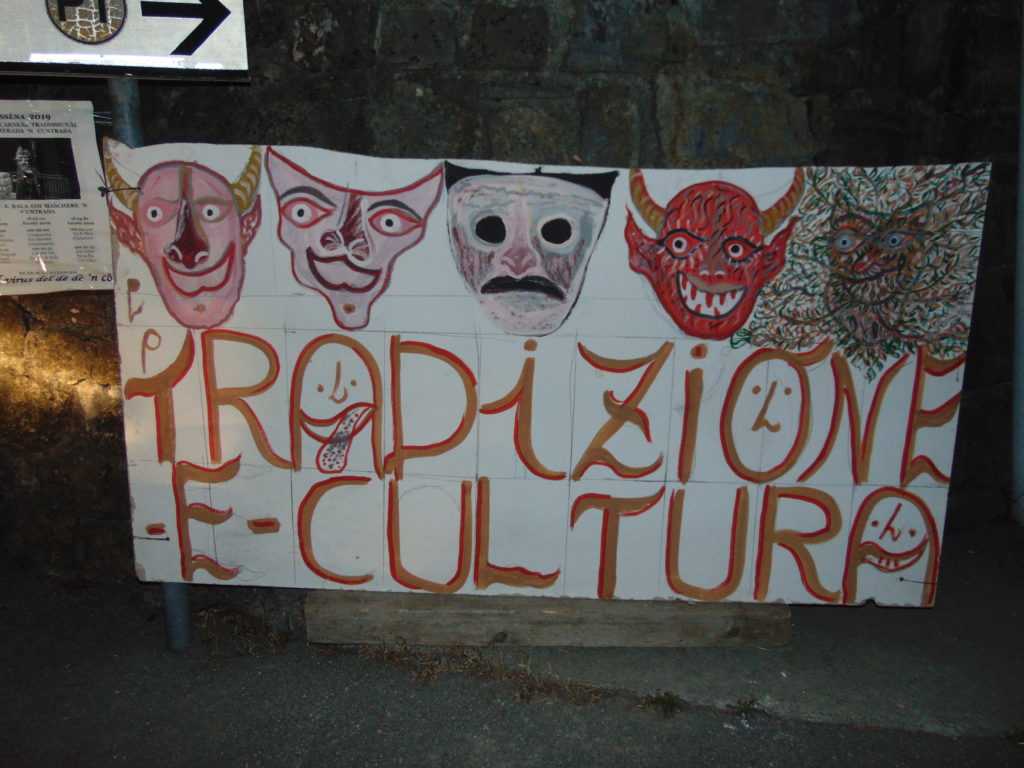